Having created some minor educational content on the Internet previously for classes and for personal projects, it had not occurred to me that some individuals do not see a need to create academic work when writing online. I have difficulty in the learning curve, however I do attempt to point viewers in the direction that I gain information from, especially when the topic is politically or historically relevant.

Accessible writing is necessary, although target audiences may still need to be kept in mind. If writing for an upper level academic endeavor, perhaps some jargon without explanation is needed. As is quoted from George Orwell “…Break any of these rules sooner than say something barbarous”, which is, to my understanding, a rule for all variants of writing. 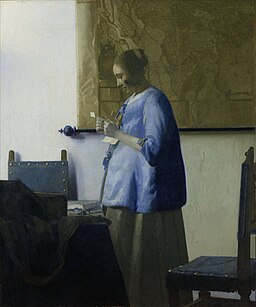 Hyperlinks can be a great resource when the information is universally accessible. Academic papers, especially those in journals rather published on personal websites, can be next to impossible for someone who is trying to do research outside of a higher education setting if they do not have the funds available to purchase subscriptions or individual papers. When the information is free and readily available, it can lead to a fantastic rabbit-hole of source after source, deepening knowledge of the subject.

While some are aware and others are not, each person is currently living in what will become history. By taking pictures of what is important or what is right in front of them, individuals can contribute to the greater overall story of humanity. When tragic or monumentous events are documented on the Internet, they become recounts of individual perspectives which can be traced and researched in the future. These are the kinds of “paper-trails” children can trace their heritages through, similar to the digitization of physical papers which are placed on sites such as Ancestry.

Events are now recorded as they happen from many views, including that of perpetrators. Take for example the instance in October of 2016 when Michael Vance recorded Facebook Live videos of his run from police.  First hand accounts are often retold to children, however these stories, an subsequently cultures, are lost due to oppression or loss of memory. Audio and some videos are additionally helpful for the visually impaired to access information in a way that allows human-like connection.

The article was informative as to the perspective of those who typically do not consider an audience when writing online. It causes curiosity on my part as to what practices have caused me to overlook a site because it had an inappropriate audience focus, looked incredibly unattractive or generally created dead ends for my research.

This post is in reaction to Sean Kheraj’s Best Practices for Writing History on the Web at ActiveHistory.ca, which can be found here.