The genre of the novel is fiction, with elements of magical realism, adventure story, and hints of an epic. It was originally published in the 1970’s, United States. Most of the action in the novel takes place between 1931 and 1963, but there are occasional flashbacks reaching as far back as the late nineteenth century. The specific place is an unnamed city in Michigan (probably Detroit); then traveling to parts of Pennsylvania; and Virginia. The novel is told through a limited omniscient narrator, which speaks in the third person. The narrator concentrates at times on what individual characters are thinking, feeling, seeing, and hearing. Because the narrator switches focus from character to character, we know more about the events in the novel than any of the individual characters. While the narrator interprets and comments on the characters’ feelings and actions, we do not know whether the narrator’s observations are accurate or complete. It is never wise to assume the narrator is always right. The major conflict in the novel is when Milkman Dead tries to leave the confines of his parents’ home and become an independent man. He is hampered by restrictions of wealth and class, as well as ignorance of his own family history. 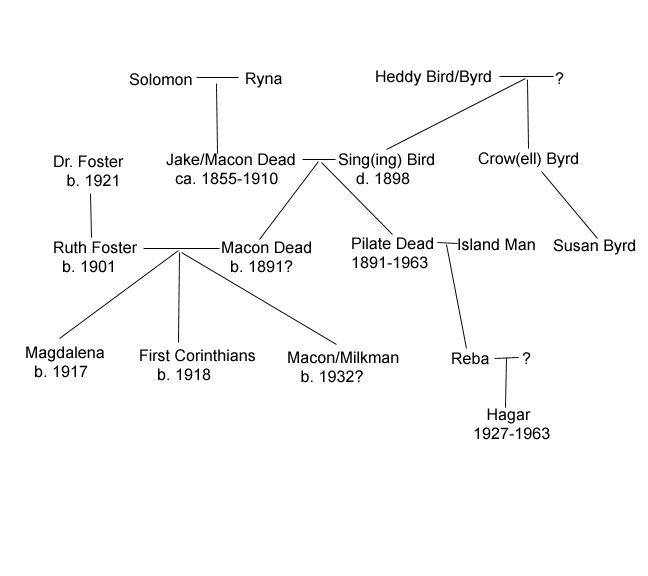 Song of Solomon follows the story of Macon Dead III, through his own personal development and struggle to find himself. The book starts off with Macon Dead III born the day after Mr. Smith, the local African American doctor, jumps from the Hospital. Macon became the first African American born in the hospital deemed “No Mercy Hospital”. Later, he is nicknamed milkman for being nursed by his mother long after deemed age appropriate. Leading to everyone making fun of him while he grows up, instilling him with a lack of compassion. Milkman resembles his father, Macon Dead II, a ruthless landlord who pursues only the accumulation of wealth. This ruthlessness leads milkman to become emotionally damaged, sending him into his journey.

By the time Milkman reaches the age of thirty-two, he feels trapped living with his parents and wants to escape to somewhere else. He would routinely visit his aunt Pilate who encouraged him to embrace his family history and come to terms with his own personal struggle. He follows her guise and starts to search for his family’s buried treasure, around the age of 30, and headed down south. Before he leaves, Milkman severs his romantic relationship with Hagar, who is driven mad by his rejection and tries to kill Milkman on multiple occasions. After arriving in Montour County, Pennsylvania, Milkman discovers that there is no gold to be found. He looks for his long-lost family history rather than for gold.